Crayon Collection, the nonprofit that spearheaded the ban on single-use plastic straws in the City of Malibu and supports teachers, the environment and arts education by donating gently-used crayons to teachers, hosted their 3rd Annual Sustainability Concert at the Peppermint Club in West Hollywood, CA on Saturday, 11/3/18.

Marian Hill was the headliner who is also an environmentally conscious band. Marian Hill is most known for their Top 5 International song, “Down”, which was featured in the Apple EarPod ad in 2017. Marian Hill played a full set lasting 60 minutes for the organizations biggest supporters.  And KCRW DJ Mathieu Schreyer set the tunes for the rest of the event.

The event used music to create positive change for the environment. The organization raised funds to continue re-directing crayons headed for landfill into the hands of children who need them most. Crayon Collection challenges artists to create project ideas with these trashed crayons and in turn, is able to re-insert art education into schools around the country who no longer have the funds for art programming. Research shows that kids with access to the arts perform better in all subjects. The organization has been recognized by the LAUSD school board for their work inside the districts most vulnerable schools.

The event also raised money for the organization to help implement more single-use plastic bans in cities around LA County. Founder, Sheila Morovati, was credited with spearheading the ban of plastic straws, cutlery and stirrers in the City of Malibu that went into effect on June 1, 2018.

Crayon Collection Founder and President Sheila Morovati welcomed the intimate crowd of 150 environmental supporters and shared the work the organization has accomplished and seeks to accomplish in the coming year. “The Crayon Collection was born because I saw a problem or a flaw in restaurants and it felt like a thorn in my side. The idea that still good crayons were being trashed while there were children who had access to zero crayons of their own was just crazy to me. So I made change by starting this organization”. – Sheila Morovati, Founder & President Crayon Collection.

The event also was the launch of the organizations newest program that is set to begin in January 2019, #LAGREENTEEN, which uses social media as a tool to teach inner city high school students how to create social movement and grass roots change through their beloved social media channels. 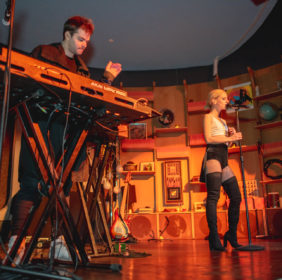 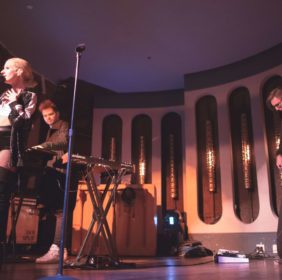 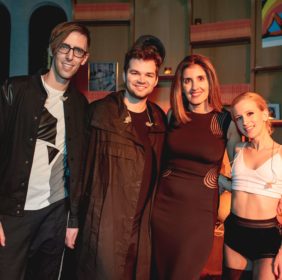 Keep abreast with the latest updates from Crayon Collection.